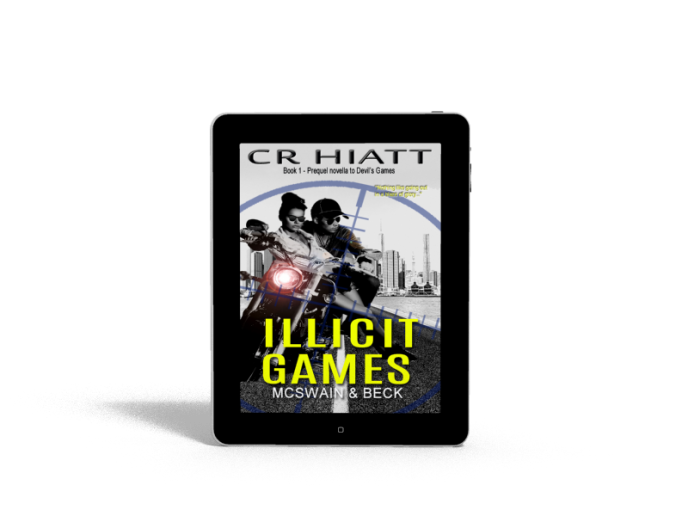 That’s about to change…

When her Mother is gunned down—killed by a sniper—they are forced to take on a group of narcissistic individuals with rapacious desire for wealth and possession over others, willing to use violent measures to achieve their aspirations.

A few months have passed since her Mother was gunned down and the office of McSwain Investigations torched. Now, Sydney McSwain and Cody Beck team up to take on a criminal enterprise in Sutter Beach.

When a gorgeous model hires them to investigate her step-brother they think it’s just a routine case, until a woman is murdered and a package arrives with incriminating photos inside, thrusting them into a complex thriller up against a secret club whose members call themselves; The Privileged Ones.

Join them in their fight to help the innocent as they attempt to penetrate an underground club while simultaneously evading the clutches of bad cops and members of a cartel, in an effort to stop a private cruise ship from smuggling victims across the border into Mexico.

Weeks after shutting down the underground club called The Devil’s Door, McSwain & Beck find themselves trapped in their most perilous case yet. When their best friend is detained at the Mexican border, the chase is on to get him back to safety and out of the clutches of his tormentors.

Racing against the clock, their unique skills are put to the test against a sinister group bent on destruction, and the ruthless leader calling the shots wants them dead. An explosive thrill ride where sparks fly and the lives of thousands are in their hands.

Follow along as they enlist the help of a covert operative then cross the border from Sutter Beach to Mexico for their climatic showdown in an effort to shut them down.

What would you do if you were forced to choose who lived or died; the detective who mentored you your entire life, or the father you just met, the man who gave you life?

On the day Sydney was born, her father, Jake Logan, was on a covert mission tasked with taking down the leader of a vicious cartel. When a raid on the compound went horribly wrong a member of the cartel deemed it is his mission to track down the the covert ops unit, and issued an ‘Order of Death’ on their heads. To keep his family safe, Jake disappeared from their lives, and years passed without any trouble.

After her mother died Sydney enlisted the help of her mentor, Detective Carter, in the search for her father, and now they were back together trying to bond after years of absence. Invited to take part in a week of spy games, with Sydney and Cody learning the ropes of covert ops, they’re unexpectedly thrust into a live mission after discovering Jake and his team were ambushed and Detective Carter abducted. This just got real; no more playing games.

Join them as they cross the Pacific to an unknown island, dodge lunatics chasing them through the jungle, and ultimately attempt to infiltrate a dangerous compound, whose occupants are more deadly than any predator they’ve ever seen, all in hopes of carrying out a rescue.

But now that the predator knows her identity, is it really Sydney they are after? 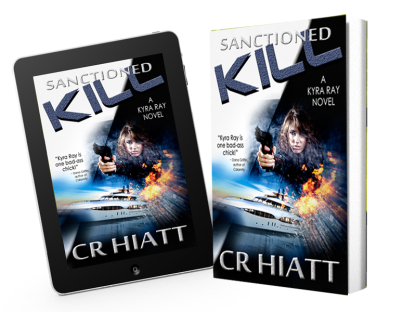 Hot on the trail of an international weapons ring, covert agent Kyra Ray finds herself caught in the cross-hairs of a ruthless arms dealer in the perilous mountains of war-torn Afghanistan. Closing in, the mission takes an unexpected and near-deadly turn in the high-stakes drama of New York City, where Kyra is mysteriously spared by an assassin sent to kill her. Retrained as an assassin and given strict orders to take him down, Kyra becomes trapped in a game of cat-and-mouse that will put her life on the line and her directive to the test—her sanction to kill.

The story moves at a rapid pace, slowing down long enough for the reader to catch their breath, before plunging headlong into more action. The main character, Kyra Ray, is fleshed out so the reader comes to understand what makes her tick, yet is a bit of a mystery so they need to keep reading to learn more about her. One of the villains also garnered some sympathy from this reviewer.

The fight scenes are vivid without unnecessary detail allowing the reader to fill the scene with their imagination. Kyra Ray is one bad-ass chick.

I sped through the story in a couple of days and I hope Kyra and company will be developed into a series as Sanctioned Kill ends with that possibility.

I highly recommend this novel to lovers of military espionage.

~~ Dana Griffin, Author of The Cover Up and Coerced