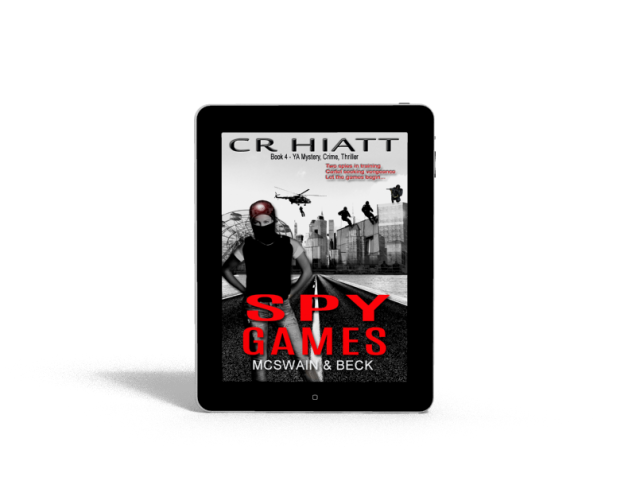 What would you do if you were forced to choose who lived or died; the man who mentored you your entire life, or the father you just met who gave you life?

On the day Sydney was born, her father, Jake Logan, was on a covert mission tasked with taking down the leader of a vicious cartel on the FBI’s most-wanted list. When a raid on the compound went wrong, a member issued an ‘Order of Death’ on their heads. To keep his family safe, Jake disappeared from their lives, and years passed without any trouble.

After her mother died Sydney searched for her father and now they were back together, trying to bond after years of absence. Invited to take part in a week of spy games, with Sydney and Cody learning the ropes of covert ops, they’re unexpectedly thrust into a live mission when Jake and his team were ambushed and Detective Carter abducted. Join them as they cross the Pacific to an unknown island,

Join them as they cross the Pacific to an unknown island, dodge lunatics chasing them through the jungle, and ultimately attempt to infiltrate a dangerous compound, whose occupants are more deadly than any predator they’ve ever seen, all in hopes of carrying out a rescue.

But now that the predator knows her identity; is it Sydney they’re really after? 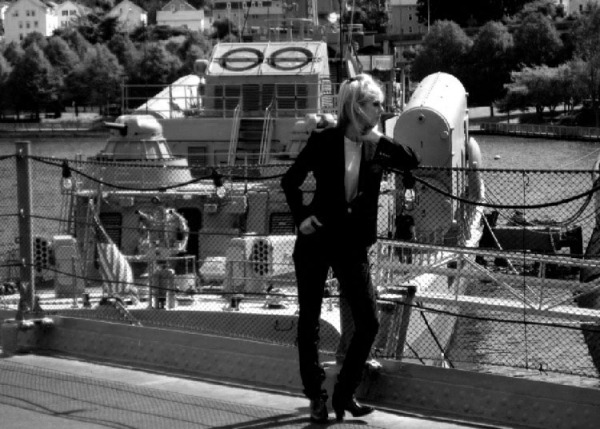 CR HIATT writes action-oriented stories with strong female characters as the heroes, and a touch of romance.

The daughter of a military veteran, CR grew up in a small town where she became an All-American athlete. She knew early on that she wasn’t cut out for the nine to five type of job – her tendency to day dream about adventures often got in the way. Being the daughter of a Navy Veteran she also knew one had to do what was necessary to be secure, so she disciplined herself to push those dreams aside and settled on working in the entertainment legal field. When those dreams invaded her world once again, CR finally gave in and set out to write her own adventures.

The journey started after she interviewed big city detectives then talked with some of their victims. Those interviews introduced her to the horrific crime of human and sex trafficking, which was the topic of the first book in the series featuring McSwain & Beck. The novels are works of fiction, only based on real life events, but you can’t help but wonder while reading the books which parts are true.

When CR isn’t writing, she enjoys renovating houses, spending time outdoors, and playing with her Golden Retriever, Annabelle. She is also a huge supporter of the troops. 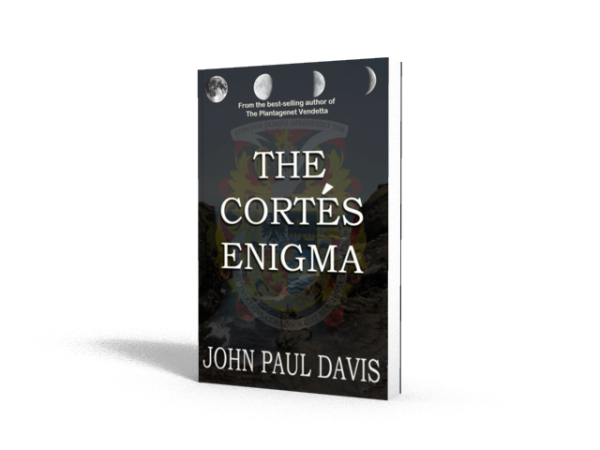 For a limited time, only, you can get the brand new thriller by John Paul Davis, The Cortés Enigma, as part of The Hot Box – 8 Sizzling Thrillers in one box set, and with a price that is less than the majority of  single E-books. The set is available now on Amazon and other leading eBook retailers.

To buy the box set:

1581: It appeared in the west as the sun was setting, a distant silhouette like a fire on the water. Twelve hours later it appeared again, this time much closer to the mainland . . . Who was on board or where they came from remained a mystery . . . No trace of the vessel was ever found . . . 1904: In an old graveyard in a remote part of the Isles of Scilly, a distinguished academic makes a surprising discovery. The inscriptions on the gravestones are unlike any he has ever seen, at least in that part of the world. The clues point to an astounding possibility: a maritime legend and a priceless treasure. And a four-hundred-year-old cover-up!

Present Day: History Lecturer Dr Ben Maloney is sitting in his office when the phone rings. A call from his cousin is rarely anything out of the ordinary, but today what he has to say is anything but normal. His great-great-grandfather’s ship has been discovered near a deserted island in the Isles of Scilly. Along with his murdered corpse! Dropping everything, Maloney’s decision to visit the site of his ancestor’s demise soon proves to be one fraught with danger. With nothing but a hundred-year-old diary and legends from the island’s past to guide him, Maloney’s only chance to solve the riddle of his ancestor’s death is to unravel the pieces of an altogether greater mystery. An unimaginable treasure remains unfound. And some will stop at nothing to find it . . .

UK #1 – Religious Fiction
UK Top 3 – Historical Thrillers
UK Top 50 – Thrillers
UK Top 350
US Top 10 – Historical Thrillers
US Top 100 – Religious Fiction
From the International Bestselling Author of The Templar Agenda
Praise for The Templar Agenda
~~”Can’t wait for the new one!” – RICHARD DOETSCH, international bestselling author of Thieves of Heaven, Half Past Dawn, and The 13th Hour
~~”John Paul Davis clearly owns the genre of historical thrillers.”  – STEVEN SORA, author of The Lost Treasure of the Knights Templar, The Lost Colony of the Templars, Secret Societies of America’s Elite
~~”A well-researched, original and fascinating work – a real page-turner.” – GRAHAM PHILLIPS, bestselling author of The End of Eden, Merlin and the Discovery of Avalon, The Templars and the Ark of the Covenant, Alexander the Great, The Moses Legacy, The Marian Conspiracy, Act of God

My #NewRelease, SANCTIONED KILL, is one of the books included in The Hot Box – a box set featuring 8 Sizzling Thrillers from 8 best-selling authors. For the price of one book, you can get all eight, and the set is now live.

Steven Bannister – Fade to Black
Allie St Clair is young and brilliant and today she’s been promoted to Detective Chief Inspector at New Scotland Yard. But the time for celebration is short. Something is wrong in rain-swept London. Very wrong.

John Paul Davis – The Cortes Enigma
1581: It appeared in the west as the sun was setting, a distant silhouette like a fire on the water. Twelve hours later it appeared again, this time much closer to the mainland . . . Who was on board or where they came from remained a mystery . . . No trace of the vessel was ever found . . .

David Leadbeater – The Razor’s Edge
Trent, Silk and Radford are the Razor’s Edge and the best spy team in the business – until the government they toiled, served and bled for, disavowed them.

Andy Lucas – Race Amazon
James Pace, ex-RAF helicopter pilot and amateur cameraman, is still trying to figure out what to do with the rest of his life when a child’s bullet nearly kills him.

Karen Perkins – Dead Reckoning
A historical adventure of piracy, love and revenge in the Caribbean in the seventeenth century.

C K Raggio – Heron Park
A small Long Island town erupts in a panic when a woman and her dog are found savagely murdered on a popular hiking trail. 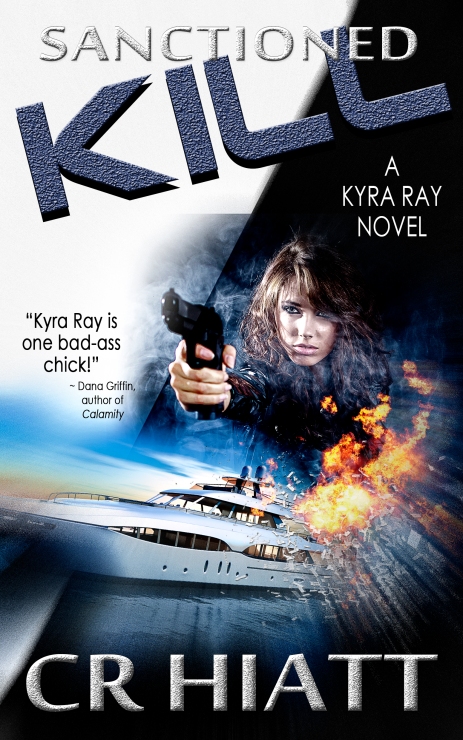 Destined for Danger. Sanctioned to Kill.

Hot on the trail of an international weapons ring, covert agent Kyra Ray finds herself caught in the cross-hairs of a ruthless arms dealer in the perilous mountains of war-torn Afghanistan. Closing in, the mission takes an unexpected and near-deadly turn in the high-stakes drama of New York City, where Kyra is mysteriously spared by an assassin sent to kill her. Retrained as an assassin and given strict orders to take him down, Kyra becomes trapped in a game of cat-and-mouse that will put her life on the line and her directive to the test—her sanction to kill.

FREE:
Fosgate’s Game: A Supernatural Novella by David C. Cassidy
She Belongs To Me by Carmen DeSousa
Cassidy Jones and the Secret Formula by Elise Stokes

So, what are you waiting for?

Welcome back to Pelican Pointe. The mystery of the past, the present, the future collide … the answers can be found in the dunes.

Archaeologist River Amandez is drawn to Pelican Pointe to excavate and catalogue a long-buried Chumash settlement. She brings with her a not-so-pretty past and only one man in town can help.

Brent Cody comes back to town to recover mentally and physically from a near-fatal attempt on his life. Together the two will lean on each other for strength and courage. And soon discover that the dunes hold answers to more than just the past.

​Vickie loves to write and enjoys getting two people together, involving them in some type of danger, mystery or suspense guaranteed to challenge the budding relationship between the two main characters.

Her female leads are usually strong-willed, independent women and definitely not the kind who sit around whimpering, waiting for someone to rescue them. Not only that, when you read one of Vickie’s books, you’ll get a happy ending.

Vickie loves the outdoors, loves to play video games, and enjoys watching football with the hubby. If you’ve ever read any of her books, you know she’s a die-hard Raider fan, which means she has the patience of Job.
​
She’s convinced the best food on earth is French fries. Whenever she’s writing she keeps two things on hand at all times. Chocolate and Cheetos.

Vickie is proud to be a member of Romance Writers of America.

Connect at her blog: http://vickiemckeehan.wordpress.com/

Woo hoo! Christmas arrived early at this bog site. I am honored to announce the new book launch for Christmas Lites III, a beautiful project to benefit the National Coalition Against Domestic Violence (NCADV – www.ncadv.org).

The Christmas season is upon us yet again. Yes, my friends, it is a time of giving, loving, and sharing. Within these pages is a way you can help many people desperately in need of love, support, and goodness: the victims of domestic crime. By purchasing this anthology, you are sending every last dime made off this book to the National Coalition Against Domestic Violence. The NCADV is an amazing charity that saves these people and lets them know there is still hope, still goodness, and still a reason to carry on.

Twenty-one authors have joined in this year, giving their time and their stories to these people – and to you. We all hope you enjoy our holiday tales captured in bite-size pieces. Whether you read this on the bus, before bed, or snuggled by the fire, please, do read – and share.