McSwain & Beck get new titles and here is why…

When I wrote the first book in my McSwain & Beck series I used foreshadowing to illustrate there was a military and patriotic tone to my series, using hints about the past of my characters and certain themes within the story, itself, that would be introduced as the series progressed. For instance, readers learn that the main character’s father was in the military, more of which she learns more about later. The fictional town, Sutter Beach, created for the series, has military bases and housing, and a harbor that hosts a military museum where ships, submarines, and antique aircraft from previous wars, are on display and frequented by tourists, and the streets have military names.

Because of the above, I chose a name that was also military related, but also fit into the plot of the story, and it came to be known as Gone at Zero Hundred 00:00. At the time of naming the title, I had no idea how many people were unaware of what military time was. Because of that, I can’t tell you how many emails I received during the time since the book was published with potential readers asking me: “What does the title mean?” I responded to the emails, but when a good number of them informed me that the lack of knowledge on the title was (one) of the reasons they didn’t purchase the book right away, or chose not to purchase it at all, I knew I had to do something. If readers were choosing not to purchase the first title of the series, chances were good they were bypassing the second book, and also the prequel, which introduces readers to the characters and fictional town depicted in the series.

Even with my error in title, the book was able to reach best-seller status early on due to various marketing efforts; offering free promos joining Kindle Select; teaming up with other authors; giveaways; and other efforts, but the book has since slowed while I focused on the next books in the series. Indie authors have to keep up the efforts in marketing, or the books just go by the wayside.

Logically, I knew it would take several books before anyone even noticed a series or an author’s name, but I was in it for the long hall, so was willing to admit to mistakes being made, and do what was necessary to correct those issues for branding purposes. Since I am currently prepping to publish Spy Games, the third book in the series aside from the prequel; and on the advice of a producer friend of mine, it was recommended I change the title to be more aligned with the title, Spy Games, and a series as a whole.

One might ask, won’t that confuse readers? To that I say: if a reader already purchased the book, or books, they cannot purchased them a second time, so it shouldn’t impact them at all. The ASIN numbers are the same so the new title and covers will automatically be updated in their Kindle. Plus, I have added a statement at the beginning of my descriptions alerting readers of the title it was previously published under. Chances are, anyone who already purchased the book won’t notice. The hope is to get new readers interested in the series as future books are published. The only real issue has to do with the printed books, which only means more work for me, as the author, since I have to change out the ISBN numbers, etc. But again, that shouldn’t impact the readers.

Will it be worth it?

Just changing a title will not guarantee success. There are multiple steps an author has to take in order to succeed, and it is a constant effort. Success also means different things to different people. One of the biggest rewards for me, however, is to have a reader reach out and let me know they enjoyed a story I wrote, or loved the characters and wanted to read more about them. I’ve been lucky enough to hear such words and hopefully can continue to keep readers interested in their adventures.

As shown above, here are the new titles and covers in the proper order: 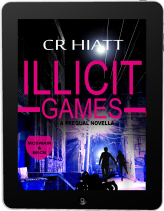 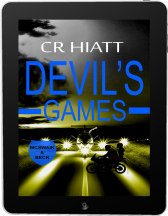