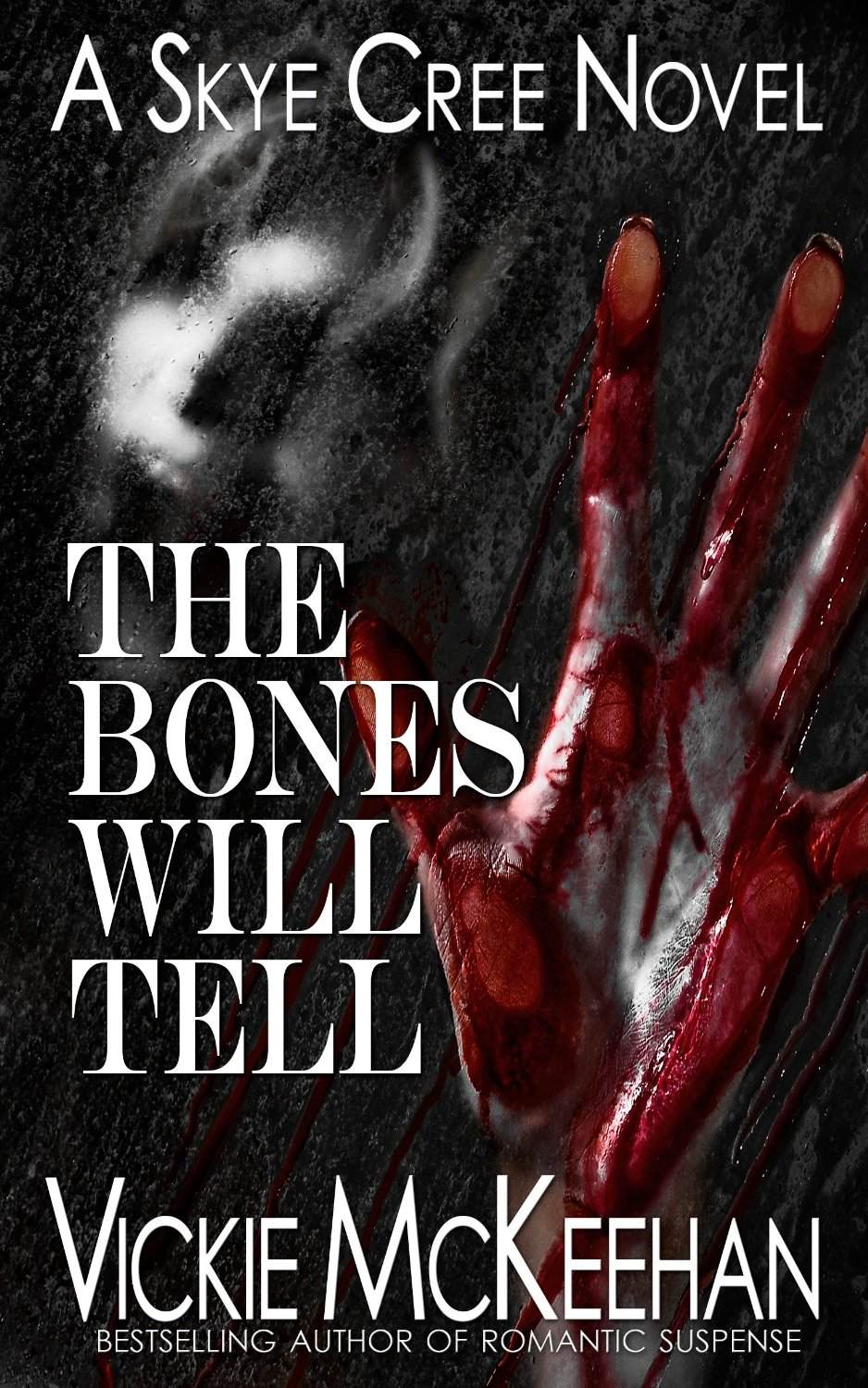 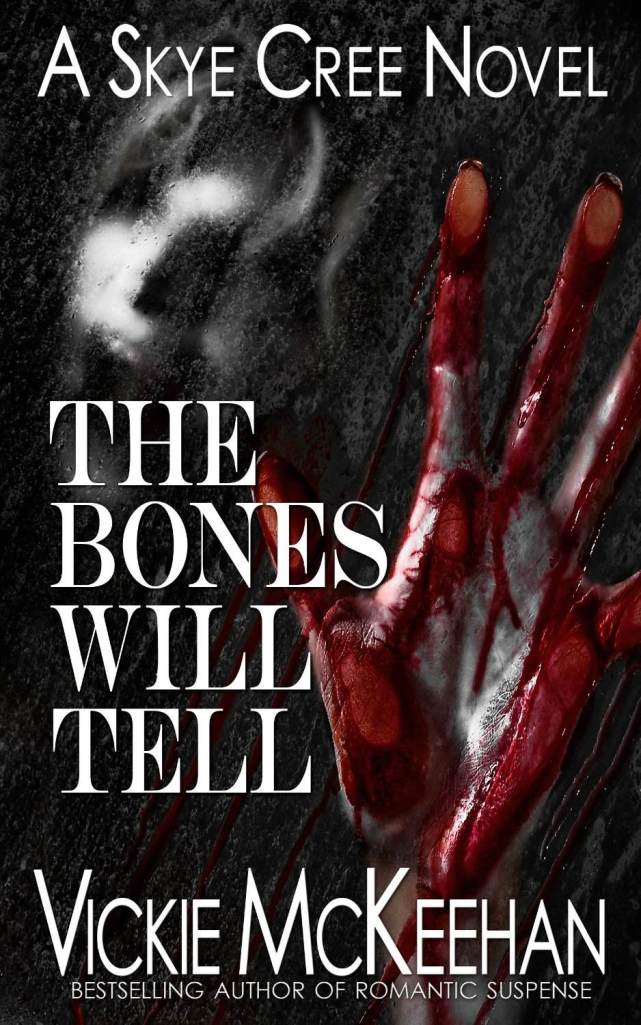 ​A serial killer has the city of Seattle gripped in fear. As his bloody total continues to mount, Skye Cree gets dragged into the mix by her longtime friend, homicide detective Harry Drummond. Desperate for leads Harry hopes Skye’s special gift for locating missing children might be the answer. When Skye brings in Josh Ander, together they’ll face the most cunning adversary they have yet to hunt. As weeks turn into months, as the number of victims continues to climb, Josh’s vivid dreams of the crime scenes are the only key to unlocking the mind of a killer. But can Skye and Josh turn the tables fast enough when the unstoppable killer decides to come after her? Especially when the best clue they have is the revelation that—the bones will tell.

His first taste for killing happened when he was eight. On a visit to his grandparents’ farm, he’d snared a rabbit in a trap he’d built himself. He’d taken out his trusty Swiss Army knife then and there and slit its throat right before he’d skinned it.

But that had been twenty years ago. Since then he’d graduated to bigger and better rabbits. He chuckled at his own joke as he made another pass on foot, past the house where the blonde lived who he’d been spying on for the better part of a week.

He’d already been inside her townhouse. He knew her name was Carrie Bennington and that she lived alone, except for the occasional men she brought home for pleasure and companionship, always on the weekends. He smiled. Carrie didn’t have to worry too much longer about whether she would be alone or not, or how she spent her time, or how dedicated she was at her job as an administrative assistant.

Because the clock ticked and the Grim Reaper waited for Carrie like a long lost friend, or maybe it was a nice friendly labradoodle. Either way, he’d picked Carrie after she’d caught his eye at the marketplace and he’d followed her home. That had been a week ago last Saturday. He’d waited until that Monday morning after she’d left for work before he’d picked the lock on her sliding glass door and slipped inside. That had been the first time, the neighbors none the wiser. So much for the neighborhood watch program.

Because he was good at climbing, athletic and lean, he didn’t let things like a two-story apartment building dissuade him from getting at his quarry, not if he really wanted to get inside. He’d been a long distance runner in high school and still kept in shape. But even so, he liked to keep it simple. He preferred it when his victims had the good sense to own their own homes. Like Carrie who lived in a stylish two-story townhouse with an undersized courtyard.

He’d spent hours there going through her closets, her dresser drawers, even her refrigerator. He’d used her bathroom. After all, when the urge to take a dump hit a guy, he had to go.

Every day this week he’d spent some time in Carrie’s home. He’d watched. He’d waited. That’s how he knew what time she left for work each morning, what time she unlocked her front door every evening, and where she picked up men during happy hour on Friday and Saturday nights.

It excited him that he could come and go as he liked. He touched the ring he carried inside the pocket of his hoodie, the ring he’d taken from her jewelry box, some dime-store trinket he’d known when he took it that she’d never miss. The ring kept him focused, had for a week. Not that he needed incentive or purpose to think of what he wanted to do to Carrie. But the ring was a reminder that he could come and go in her things, get inside the place where she should’ve been the safest whenever he needed or wanted.

Standing under the light from a street lamp, he watched as Carrie’s bedroom light went out right on schedule. Ten-thirty. He shook his head. One thing about Carrie, she was dependable.  He walked to the end of the block, sliding into the shadows of the alley behind her co-op. When he reached the six-foot fence, he took the time to stretch on a pair of gloves. He had help vaulting over the barrier by using crates he’d had the forethought to stack along the alleyway beforehand.

In the backyard, he took out his penlight. He went over to the little outdoor shed Carrie used as a greenhouse, found the metal pipe he’d spotted there a week earlier. He hefted the weight onto his shoulder and stepped to the sliding glass door. He didn’t need the tool to break the glass. Only amateurs made too much noise. And he was no novice at B&E or killing. No, he had another use in mind for the heavy rod. From the inside of his pocket, he took out his mask, pulled it down over his head. He pulled out his picklock and went to work on the door he’d already breached once before.

Inside the living room, he scanned the area using the beam of light. Even though he had familiarized himself with the location of the sofa, the coffee table, the bookcase—which wall held the flat-screen television, which side of the room had the fireplace—he still took his time until his eyes adjusted. But knowing the layout made it easier for him to make his way to the staircase in short order. He managed to avoid the steps that creaked along the way up and kept to the path that allowed him the art of surprise.

When he stepped into Carrie Bennington’s bedroom and stood over her sleeping form, he paused long enough to appreciate her golden hair, her soft skin, her long neck. By the time he placed his hand over her mouth it was too late. He thrilled at the terror he saw reflected in her green eyes. Not only that, but it excited him to know his face would be the last one she’d ever see.

Vickie is the author of six novels, including The Evil Trilogy and the Pelican Pointe series. She’s a hardcore lover of books who grew up listening to her mother tell fascinating stories about ghosts and other tales full of characters she wasn’t sure ever really existed.

A self-proclaimed beachgoer and ocean-lover, she lives in Southern California with the love of her life. When she isn’t working on her next manuscript or screenplay, she loves to be outdoors.

In her spare time she tries to grow things which other people commonly refer to as gardening. She loves reading all kinds of books, both fiction and non-fiction, loves to play video games, and enjoys watching football with the hubby. If you’ve ever read any of her books, you know she’s a die-hard Raider fan, which means she has the patience of Job.

She lives for chocolate, but then who doesn’t? She’ll kill for a cup of coffee in the morning. She’s convinced the best food on earth is French fries. And she could easily be a vegetarian if it wasn’t for bacon.